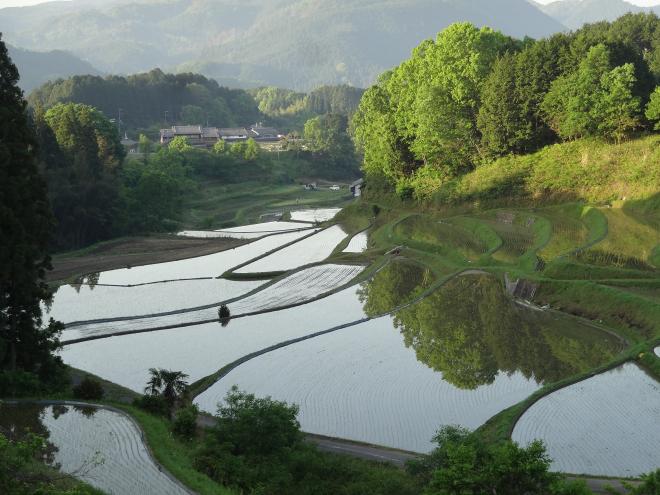 Uda City is located in the Yamato Plateau in the northeastern Nara Prefecture, and consists of four areas; Haibara, Ouda, Utano, and Muro, each with its own history. Compared to other areas in Nara Prefecture, this area is cooler in the summer and colder in the winter, and has a relatively heavy rainfall throughout the year. The official flower of the city is called the Lily of the Valley, and the official city bird is the bush warbler. Uda is a very historic city, whose name has existed since the Manyo era (8th century). In the oldest existing collection of Japanese poetry called Manyo-shu, there is a poem composed by Hitomaro Kakinomoto, one of the greatest poets in the Asuka Period (7-8th century). 「東の野にかぎろひの立つ見へて返り見すれば月傾きぬ」 (Over the eastern field I see the morning glow before sunrise, and when I turn around, I see the setting moon.) This poem was written in Akino, Ouda in Uda City. On a cold winter morning in December, there is an annual event in which people gather at Manyo Park to see the beautiful red sky as written in the poem.

Here is a description of each area in Uda City.